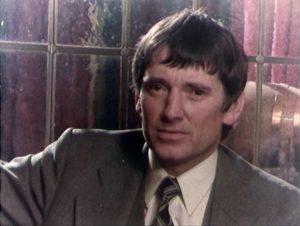 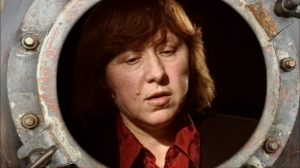 Trained as a lawyer, Alexander Kluge is one of Germany’s most prominent writers and filmmakers. His thinking and artistic production have been influenced by critical theory, opera and popular culture. An advocate of the creation of counter-publics, in the words of writer Valentín Roma, he ‘has been shaking up public life in Germany for over half a century’.

Germany in Autumn (1978) is one of the most famous works of Alexander Kluge and 11 other prominent filmmakers of the New German Cinema. It is also one of the most important documents of the so-called German Autumn, those months in 1977 that were affected by the Radikalenerlass – a large number of occupational bans in the public sector that were imposed since 1972 primarily against leftist persons, the hijackings by the Red Army Fraction (RAF) and the death of the RAF members Andreas Baader, Gudrun Ensslin and Jan-Carl Raspe in the prison of Stuttgart-Stammheim. During the film’s production, Kluge recorded a short interview with Otto Schily, Ensslin’s lawyer from 1975 until her death. This conversation was not included in the final version of Germany in Autumn, but instead was first presented in 2017, in the context of Kluge’s solo exhibition at the Württembergischer Kunstverein in Stuttgart.

Gespräch mit Otto Schily revolves around the autopsy of Ensslin’s body, which was witnessed by Schily. The lawyer describes this procedure in a sober, technocratic and detailed way. At the end of the conversation, he is asked to comment on the funeral of the Stammheim prisoners, which was accompanied by a strong ‘presence of the armed state authorities’ (Schily). As he states, the corpses, which had been buried that day, were apparently perceived as still extremely dangerous.

In this filmed conversation, the Belarusian writer Svetlana Alexievich tells the story of the wife of an assembly worker who worked in the area of Chernobyl after the fatal accident of 1986. The man was part of a crew that dismounted electric cables in the evacuated villages around the nuclear power plant. Five years later he died, as did all of the other members of this crew. When doctors had already given up on him, the man spent his last year at home. By that time, his body was so drastically transformed that he would only receive friends when he was completely covered. His wife nevertheless injected two bottles of vodka in his veins every day, and slept with him. It was, as she said, the only thing she could do for him.

Reflecting on her conversation with this woman, Alexievich says in Die Frau des Montagearbeiters that, after this experience, all she had ever read or learned before seemed like ‘just a chest full of old manuscripts’. Svetlana Alexievich was awarded the 2015 Nobel Prize in Literature. Her book Chernobyl Prayer: A Chronicle of the Future (1997) is based on oral histories with more than 500 individuals who witnessed and were affected by the Chernobyl disaster.