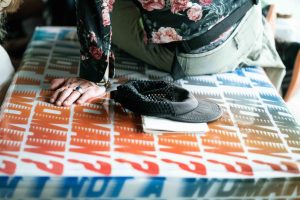 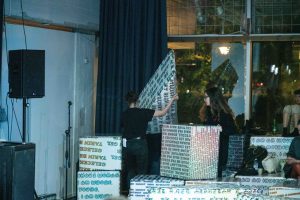 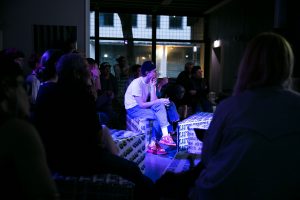 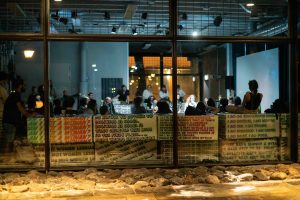 Andreas Angelidakis is a self-defined ‘architect who doesn’t build’. Instead he utilises an artistic voice that switches between the languages of architecture, curating, writing, and the internet. He often speaks about spaces, buildings, and the society that inhabits them, with the exhibition format acting as a vehicle for his ideas and a medium for his artistic practice.

Recent exhibitions include Demos– a reconstruction at the Museum of Contemporary Art (MOCA),Toronto; I used to build my feelings, now I watch them leave at La Loge,Brussels; and at documenta14 in Kassel and Athens. Currently he is working on his contributions to the Biennale of Moving Images at OGR in Torino, a large-scale installation for Art Basel Unlimited, and a solo exhibition at TheBreeder gallery in Athens titled A Submissive Acknowledgement of Powerlessness.

The Parliament of Bodies collaborates with the architect and artist Andreas Angelidakis to create a new iteration of his soft architecture that can be assembled and reassembled in countless ways to reorganise the inner structure of the space and to create different platforms for enunciation, speech, display, or action. Angelidakis’ latest iteration called LOGOS (2019) brings together quotations by some of the artists and thinkers who have inspired the programme of the PoB for Bergen Assembly, including among others, Joanna Hevda, María Galindo, Virginie Despentes, Pedro Lemebel, Jack Halberstam, Audre Lorde, and Bergen.