Artists Anne de Boer and Eloïse Bonneviot have collaborated since 2014 as the Mycological Twist, working independently in parallel. The project began as an extension of the garden of Jupiter Woods, a gallery located in South Bermondsey, London, and has since then moved to Athis-Mons, a suburb of Paris, and a balcony in Berlin. the Mycological Twist operates both as a fixed mushroom garden and as a nomadic project, infecting and spreading mycelium alike. In Entrée, Anne de Boer and Eloïse Bonneviot have been commissioned by Bergen Assembly to produce a new work, Troll Swamp, which is on display in Entree alongside individual yet interlinked contributions from the two artists. 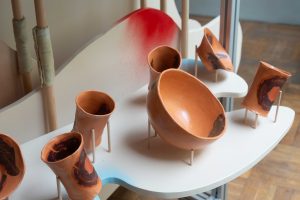 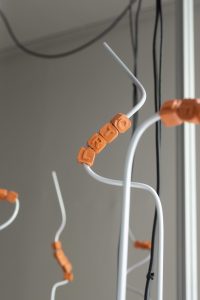 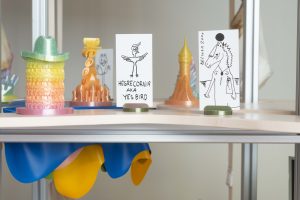 Anne de Boer’s installation Multi Terra Mining functions both as a host to the works of Eloïse Bonneviot and the Mycological Twist, and as a place for the audience to dwell and contemplate a constantly generating audio and video piece created by the artist. The material is taken from the working group sessions taking place within the installation and in Belgin, overlaid with scenery from the city, creating a stage and backdrop for the other works.