Antonio Centeno is an activist and cultural producer based in Barcelona. He is a member of the Foro de Vide Independiente y Divertad (FVID) and one of the founding members of the of the Oficina de Vida Independiente (OVI) of Barcelona. He has been working on numerous audiovisual cultural projects linked functional diversity, amongst them the television series Trèvols de 4 fulles (2018) as co-writer and actor, the film Vivir y okras ficciones (2016) as an actor, the documentary Yes, we fuck (2015) as co-director, and Nexos (2014) as co-writer and actor. He is leading the sexual assistance project Tus manos, must manos, collaborates in the collective En torso a la silla that addresses the free and collaborative design of functional diversity aids, the the inclusivity project Arttransforma, and writes for Social.cat and the Human Rights portal Derechos Humanons ¡Ya!. 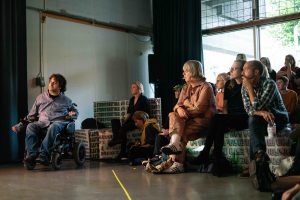 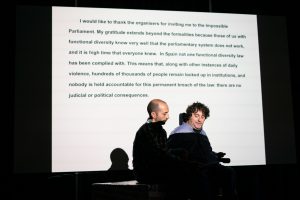 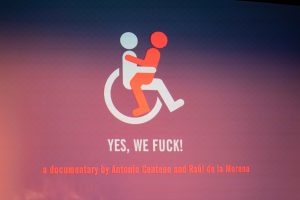 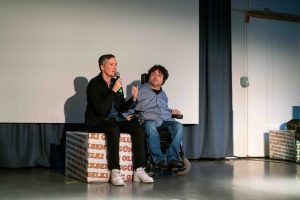