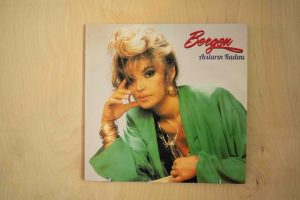 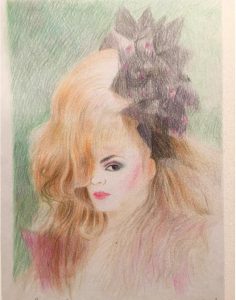 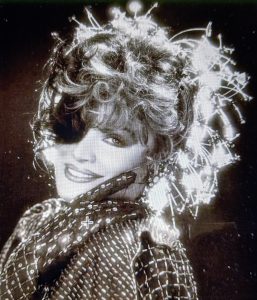 The Turkish singer Belgin Sarılmışer (1958–1989), better known as Bergen, took the name of the Norwegian city as her alias. Bergen was famed in the 1980s as the ‘Queen of Arabesque’.

Her husband threw nitric acid in her face during one of her performances, blinding her in one eye. Nevertheless, refusing his violent attempts to silence and domesticate her, she continued performing using her glamorous hairstyle to cover her injury and established herself as Woman of Agony in the limelight of an ever-growing following.

Fatally shot by her husband in 1989, she has remained a complex symbol of sorrow and emancipation in Turkey to this day.