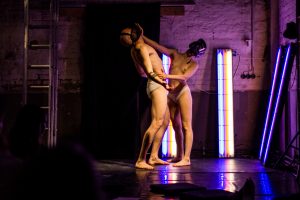 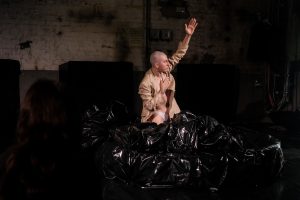 Laure M. Hiendl is a composer and performer based in Berlin and New York. Their work is situated between concert music, performance, music theater, installation and other interdisciplinary realms, exploring the performativity of the space-time-body relationship in music as a live act—as a shared space in time between bodies for an event that is inherently theatrical. Their works have been presented at festivals and institutions like Ultraschall (Berlin), Impuls (Graz), Darmstädter Ferienkursen für Neue Musik, The Kitchen (New York), Roulette (New York), Akademie der Künste (Berlin) and others. Their opera installation PARADISE was premiered at musikprotokoll / steirischer herbst 2016. Since 2015 they are pursuing a doctorate at Columbia University in New York with George E. Lewis.