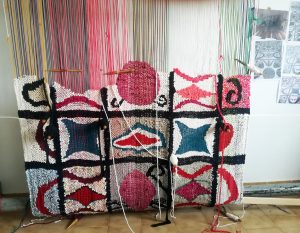 Pedro G. Romero works across the fields of art, theory, literature, film, music, theatre and dance. He is an art and literature critic, publisher, essayist and flamenco expert. Since 2000 he has been working on the ongoing Archivo F.X., linking documents of anticlerical iconoclasm during the Spanish Civil War with avant-garde and contemporary artistic positions, and on Máquina P.H., realising various formats of artistic collaborations in flamenco performance.

Romero’s projects have been presented at, among others, documenta 14 in Athens and Kassel (2017), 31st Bienal de São Paulo (2014), Manifesta 8 in Murcia and Cartagena (2010), the Catalan Pavilion at the 53rd Venice Biennale (2009) and SculptureCenter in Long Island City (2008). He has written numerous choreographies for flamenco dancer Israel Galván and curated exhibitions such as Poesía Brossa at MACBA in Barcelona (together with Teresa Grandas, 2017–18), Tratado de Paz for DSS2016 in San Sebastian (2016) and The Spanish Night: Flamenco, Avant-Garde and Popular Culture at Museo Nacional Centro de Arte Reina Sofía in Madrid (2007).

In the late 1970s, Guy Debord made frequent trips around the Iberian Peninsula. In Spain and France, with Miguel Amorós and Jaime Semprún, he was in contact with the Autonomist movement, under names such as Los Incontrolados and Unos Iconoclasistas. It was in this context that he decided to put together a songbook of what he euphemistically described as the ‘Spanish neo-democracy’. Needless to say, Debord was thinking of the songs of the civil war he sang by heart, of the popular songs compiled by Federico García Lorca and sung by La Argentinita, and of his relationship with the left-wing exiled Spanish, Latin American and European singer-songwriters living in Paris. In 1968, Debord had already made a version of the popular song ‘¡Ay Carmela!’, in French, adapting it to reflect the Stalinist repression of the CNT and POUM on the streets of Barcelona in May 1937. Debord published his first compilation in a booklet entitled Canciones de la Guerra Social Contemporánea (Songs of the Contemporary Social War) in 1981, attributing authorship to ‘Unos Iconoclastas’. He also tried to organise an initial recording in support of the members of the Autonomist groups imprisoned in Segovia, with Mara Jerez and her ‘ flamenco boys’ and a combo in the spirit of Paco Ibañez. But neither the underground Automonist organisations nor Mara Jerez embraced the idea. Debord explored the utopian idea of Spanish or Iberian identity, and what he had at some stage called the ‘new Babylonians’: Roma, flamenco artists, anarchists, exiles and workers, singing their defeats.

Canciones de la Guerra Social Contemporánea (Songs of the Contemporary Social War) is a project by Pedro G. Romero, who has been endeavouring to reconstruct and put into circulation the songbook assembled by Debord under that title. Twenty-seven songs are presented in different ways – in compilations, concerts, performative presentations and grouped together with informational material. Aside from the artists present in Bergen, artists contributing to the project include: Kiko Veneno, Maria Arnal, Christina Rosenvinge, Lorena Álvarez, Maialem Lujambo, Rocio Márquez and Rosalia.

Exhibition
The Parliament of Bodies