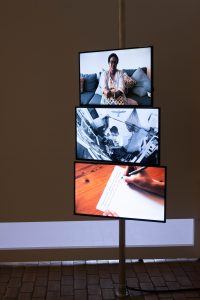 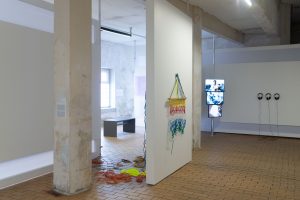 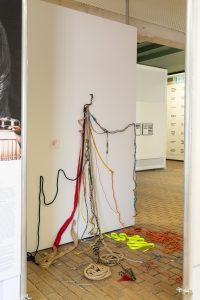 involuntary assemblies and other taboos – fragments of an animated documentary about political detention, 2019
Video installation on multiple screens
Co-produced by Bergen Assembly 2019

Surveillance cameras record the everyday lives of political prisoners nearly 24/7. But although they are constantly documented, they remain invisible. involuntary assemblies and other taboos reinstates these invisibilities, narrating the story of four months in detention. The animated documentary was inspired by peter steudtner’s experience as a prisoner in the high security Silivri prison in Turkey, where he was incarcerated in 2017 as a result of charges related to human rights work. This experience is in dialogue with other stories of political detainees under fascist and militarist regimes in Chile, Germany, Greece and Sudan, which are woven into the fabric of the documentary. The importance of well-being for resilience and care for resistance is reflected throughout.