Tomás de Perrate is a contributor to Bergen Assembly 2019. 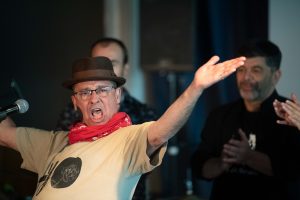 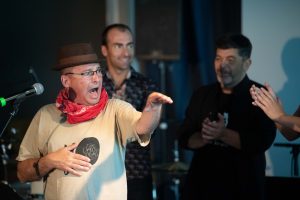 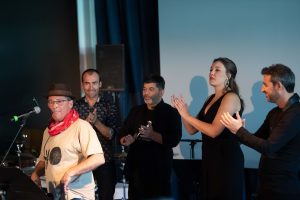 Introduction Days, 6.4.2019
Tomás de Perrate on Serafín Estébanez Calderón’s Asamblea general (General Assembly) (video, 20’)
Political Parties is structured starting from a working hypothesis: the text Asamblea general (1846) by Serafín Estébanez Calderón, one of the first texts in the history of what would subsequently be called flamenco, doesn’t only describe a celebration but is in fact the description of a kris, an assembly at which the Roma of Triana, Málaga and Cádiz solved their troubles, pledged their children and organised their business. This ambivalence of celebration is an affirmation of the public sphere, i.e., a literal embodiment of a parliament, a court, a trade union. The voice of Tomás de Perrate, a Roma flamenco singer and direct descendant of one of the families gathered at the celebration anticipates the text Romero and García will use as an index for Political Parties, their contribution to Bergen Assembly 2019.