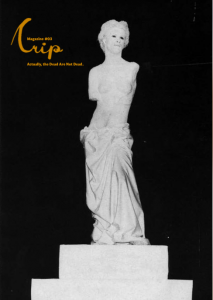 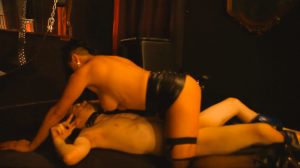 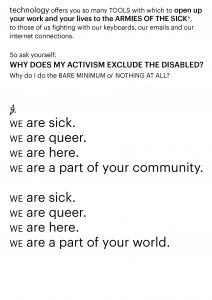 Crip Magazine is a self-published magazine project initiated by artist Eva Egermann. It explores forms of representation that oppose the conditions of normality/abnormality. A new edition of Crip Magazine has been produced collaboratively throughout the course of Bergen Assembly 2019 and will be presented alongside two screenings by Crip Magazine contributors Romily Alice Walden and Antonio Centeno Ortiz.

Crip Magazine comprises theoretical as well as artistic contributions on subjects such as crip pop culture, the history and presence of radical crip movements, and subcultural, left and queer contexts of disability. It assembles cultural artefacts of a trans-historical crip (sub)culture, visual activism and crip art resources. Its contributions deal with pain, opening up a transformative perspective on dis/abled body issues and bodily relations. Crip Magazine embraces historical struggles, aiming to create trans-temporary connections and communities across time.

A “deviant chronopolitics,” as Elisabeth Freeman puts it, is one that envisions “relations across time and between times” that upturns developmentalist narratives of history. Lorenza and many others have become agents in a deviant chronopolitics and the cripping of art history. Crip Magazine collects artifacts of this transhistorical crip (sub)culture. It relates to historical struggles, aiming to create trans-temporary connections and communities across time.

Notes From The Underlands is a performative text from the depths of queer disability culture. It is both a future-orientated vision of a sick, disabled and care-giving Utopia, and an urgent call to action in the now. The text is performed through video, audio, large-scale print and subtitles; challenging the notion that the body must be physically present (and abled) in order to perform.

Do you imagine what it would be like to include in the hitherto narrow territories of desire and pleasure all bodies, all forms of moving, feeling and understanding? Here seems to be a pending revolution. We speak about revolution because it dynamites the hetero-patriarchy that hijacks our bodies and desires at the service of capitalist reproduction; a revolution because it claims pleasure for the abject bodies, the same bodies that are unproductive for that capitalist system.

The documentary Yes, we fuck! by the filmmakers Antonio Centeno Ortiz and Raúl de la Morena captures six stories about the sexuality of people with functional diversity that challenges how we build relationships with our own bodies and with others through desires and pleasures in a scenario of capacitive and sexist oppression.

Belgin is accessible from street level, welcomes assistance dogs, and has non-gender-segregated accessible toilet facilities. The toilet facility is equipped with grab bars/handles on both sides. The width for both, the entry and the access to the bathrooms is 90 cm. The doors are manual. The venue is on one level.