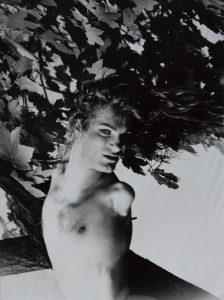 1–5.15pm
Introduction to the exhibition sites
Join for partial segments or the whole tour

The artist Darcy Lange (1946-2005) travelled to Morón de la Frontera, Seville, on numerous occasions to work and study guitar with Diego del Gastor. Under the pseudonym Paco Campana, he worked as a flamenco guitarist and continued to perform in New Zealand until his death. He also included flamenco in two complex multimedia operas: People of the World (1983–84) and Aire del Mar (1988–94). In the latter, he likened the struggles of the Maori and the Roma people against colonial oppressors, but also their roles in the defence of nature. He described Aire del Mar as an ‘audiovisual environmental opera’. The piece, including a synchronised slide and video installation, has been reconstructed in 2019 for Tabakalera in San Sebastián, Spain.

I make dance music influenced by house music / big beats. I try to make loud dynamic sounds that combine energy and complex melodies with the end goal to make people dance. It is hard to explain the main genre; I think there is no musician who makes a similar style to me. I take inspiration from Chemical Brothers and Cornelius from Japan. Chemical Brothers taught me how to build textures on drum sounds and using live drum samples in an electronic environment. (KIRARA, quoted in: www.noisegate.com)