Lene Berg often uses documentary material in her narratives to challenge notions of truth and to scrutinise the veracity of filmic media as such. Her artistic practice spans installation, film, collage and text-based work. Berg has directed four feature films and represented Norway in the 55th Venice Biennale with the film Dirty Young Loose (2013). 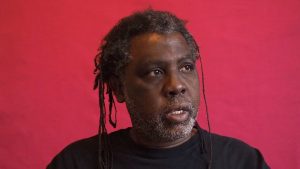 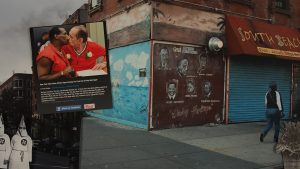 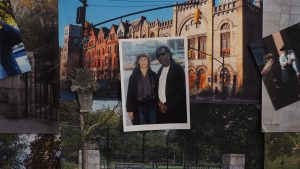 In False Belief artist and filmmaker Lene Berg reconstructs her Kafkaesque journey through the US justice system, as her partner is arrested, convicted and imprisoned without cause in New York City. In 2008 Berg moved to Harlem with her partner, a black man, a publisher who is referred to as D. After giving the police a statement about being harassed by a neighbor, D was arrested without knowing what exactly he was being accused of. This led to a series of catastrophic events where D’s implicit trust in the US justice system put everything he cherished at risk. False Belief tries to untangle the circumstances around this criminal case through D’s candid storytelling accompanied by Berg’s own narration, driven by still and moving images, court documents and collages. By analysing what at first seems to be a minor case, False Belief uncovers the larger picture of a society that employs incarceration as a political and economic weapon.